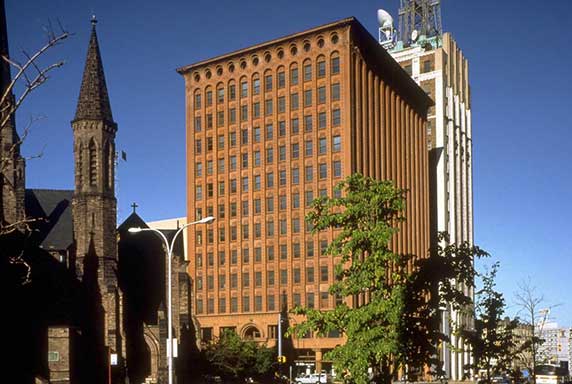 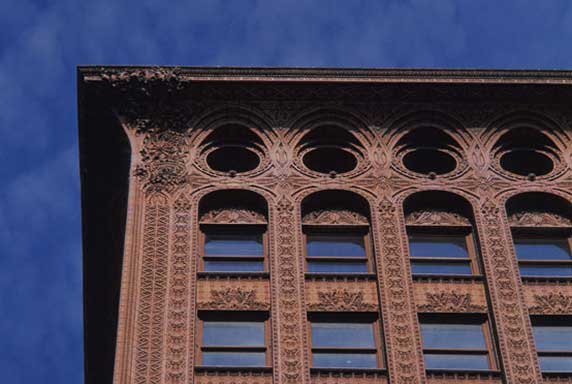 When completed in 1894, this building was a milestone in high rise architecture. Our 1982 renovation project which replaced all 400 windows should help this National Historic Landmark endure for another 100 years.

A Milestone in Modern Skyscraper Architecture

This National Historic Site was designed by Louis Sullivan, the father of the modern skyscraper. Upon the building’s completion in 1901 by Sullivan and his partner Dankmar Adler it was almost immediately regarded as a milestone in modern skyscraper architecture. Over the years, changes were made in the building, but in 1975, it was granted National Historical Landmark Status because of the revolutionary use of vertical lines, semi-circle arches and the trademark green ironwork.

Restoring a Landmark with Elegant and Durable Windows

In 1982 it was restored to its original elegance. We were assigned the job of replacing the 400 double-hung windows and the top floor round fixed windows. 30 years later those windows are all still functioning perfectly. We know because the maintenance team tells us that our windows are still in perfect condition. This is the sister building to the Wainwright Building in St. Louis, for which we provided windows on the modern addition